In 1928, a laboratory (named the “Heat Laboratory”) was established to perform the experiments and tests on heat engines. This laboratory was completed in 1931. It was designed to be equivalent to the most up-to-date European establishments at that time. It was equipped with all advanced and different machinery and instruments for training the students of the Mechanical Department. Along the years, that laboratory played an important role in mechanical engineering education. It is still doing the same role through continuous improvements and by providing it with the most up-to-date training machinery and instruments.

It was realized that the education of mechanical and electrical engineering students requires, in addition to theoretical and practical studies, manual training on production technologies and knowledge of workshop and factory operating systems. Therefore, a special workshop was established in 1931 within the premises of the Royal School of Engineering. It was equipped with the latest machinery and tools for training the students during exercise hours or summer vacation under staff supervision. This workshop was completed and training started in 1932.

In 1934, the Bachelor Degree in Mechanical Engineering replaced the old engineering diploma. The mechanical department developed rapidly along the years and separated-off the electrical branch. New modern subjects were continuously added to its curricula. The study extended to span many different fields of specialization. Special interest was given to power generation and different forms of energy. 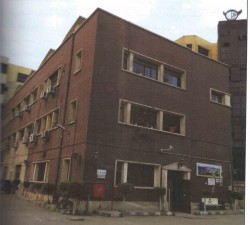